More than ten years ago, the cupcake craze began, and catapulted a century’s old baked desert served primarily at children’s birthday parties, into a worldwide phenomenon that has seen cupcake baking shops pop up in places as far abroad as Israel and Thailand. Now cupcakes are not just for kids. They are enjoyed by all ages and served at every type of event or meal. In 2010 we saw the introduction of the Cake Pop, a ball shaped pieces of cake, complete with icing, chocolate and sprinkles, served on a lollipop stick. Although cake pops have not reached the same levels of popularity as cupcakes, they have reached hysteria status in some parts of the US. What now (or old made new) baked goods will be next to be the world’s favorite? Here are a few ideas and contenders: 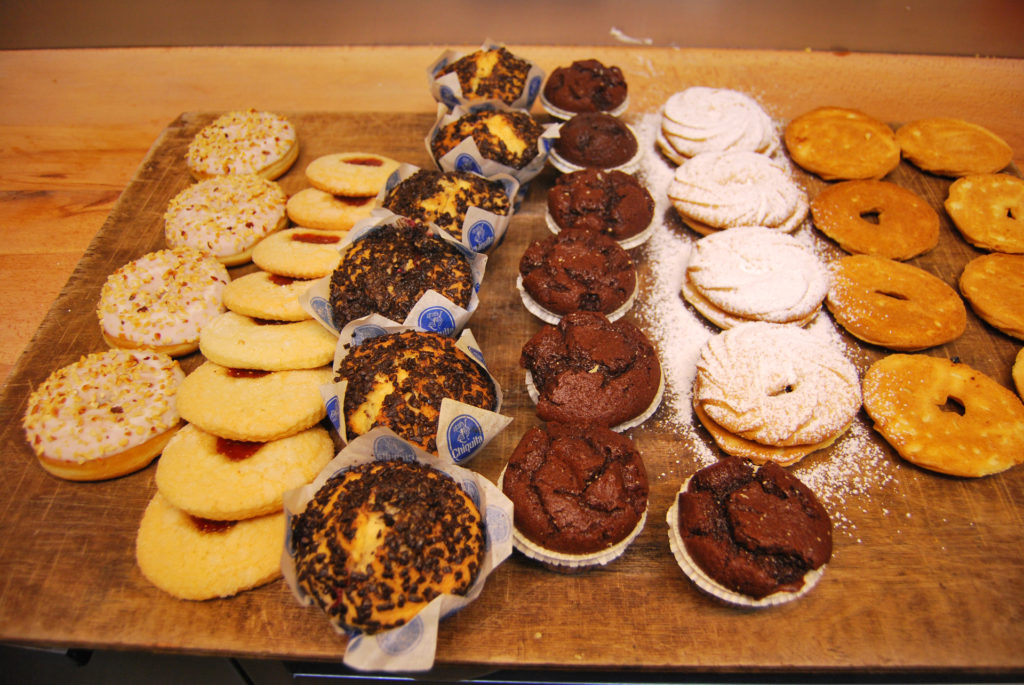 Cake pops can certainly fit into the category and as mentioned they are still popular, and in some areas growing in the US and abroad, even more popular. Cake pop caterers and shops are also popping up, so they need to be included in this list.

Mini-deserts – Think of them as small, one serving portions of your favorite baked deserts. These would include: small carrot cakes, strawberry shortcake bites, or mini pumpkins pies.

Éclairs. Éclairs have always been a favorite because of its rich dough coupled with custard crème that melts in the mouth. Today’s éclairs offer a variety of new fillings like mango, yogurt and even a range of cheeses. These unique combinations are now available in big cities like New York and people are taking notice.

Butter Cake – Originating in England, a butter cake is a moist and rich plain cake in which one of the main ingredients is butter. Butter cake is baked with basic ingredients: butter, sugar, eggs, flour, and leavening agents such as baking powder or baking soda. Today’s butter cakes go further and add additional ingredients or change the proportions of the key ingredients to make them even more delicious. Butter cakes, because of neutral and simple flavor, kept its place as the go-to-food for noon tea, while expanding into a treat that is purchased for many other occasions or no occasion at all.

Shortbread – Shortbread is so named, because of its crumbly texture (from an old meaning of the word short). This popular baked good is a type of biscuit traditionally made from one part sugar, two parts butter, and three parts flour (by weight). Today’s shortbread recipes sometimes deviate from the pure three ingredients highlighted above, creating different textures and tastes. As coffee and tea shops have permeated, shortbreads, which have often been served with tea, is going mainstream again. Chefs are now putting their unique signatures on shortbread and it can be bought in a variety of flavors including ginger and cinnamon.

Healthier desserts. Many restaurants and baked goods suppliers are turning to more healthy options on their menus. Larry Polhill, Cafe Valley executive, has observed this phenomenon and is watching closely as it grows.  Donatella Arpaia, who has judged on several Food network shows said, there is “a rising trend toward healthy and gluten free desserts.” This means healthier ingredients like more nutrient rich flour, more fruits and vegetables inside or on top, and less or no sugar. There is a large and growing demand for gluten free products.

As the year progresses, there is no doubt that these or other baked goods will rise above the rest, to become the next big thing, and delight hearts internationally.